In a series of meetings with a sub-committee for the WestPark and Fiddyment Farm Neighborhood Associations, Jeff Jones and John Tallman, representatives of Westpark Communities, have provided an update of their proposed overall concept for the West Roseville Specific Plan’s Village Center.  Westpark Communities purchased the property from Pulte late last year and have been working recently with the sub-committee to present a project that will benefit the community here.

The following items capture the overall project concepts and concerns discussed with the sub-committee to this point:

Overall Concept:  The 17-acre site was originally intended for a mixed-use of commercial, park, and housing.  That same general footprint is still being proposed.  That mixed-usage would not change in the proposed concept, but would be in a different configuration while probably meeting the community needs with better accessibility all around.

Commercial Facilities:  Based upon a recent study prepared on behalf of the City of Roseville, large name businesses are not looking for local neighborhood sites, and does not seem viable for future use of the site.  The more marketable for big business is out in mainstream high-traffic intersection locations which will draw the brand name locations.  For this reason, the developers would like to modify the commercial usage to include some business ventures that meet local community-oriented needs (samples discussed mentioned below).

Oakmont Senior Care: For one of the two commercial sites, Westpark Communities has already been contacted by Oakmont Senior Care developers who are very interested in constructing a care facility on the Pleasant Grove site. It would be similar to their facility on East Roseville Parkway and Secret Ravine Parkway. At the request of sub-committee members, Jeff Jones said he would arrange a tour at the facility for committee members. Oakmont feels it can fulfill needs of residents seeking local care for their family members.

‘Neighborhood’ Commercial:  The overall concept was to provide commercial usage on one section that would concentrate on services for the local area.  Developers indicated larger ‘key name’ users like Starbucks would probably not be interested in the residential site, but they would concentrate more on encouraging those businesses fitting more direct residential needs.  Those samples mentioned included a day care facility (in high demand for our growing population), a local coffee/snack type meeting place (such as Shady Tree Coffee’s on Douglas Blvd.), dry cleaners, etc.  The developers also said they would include deed restrictions to prohibit ‘smoke shops’ and businesses not conducive to our family-oriented residential area.   With the Oakmont facility, future high school, soccer complex and sports activities in the area, discussions expressed thoughts that the right residential- oriented businesses could survive and fulfill local community needs.

On September 6, 2017 at 7:00 p.m., or as soon thereafter as the matter may be heard, the City Council of the City of Roseville will hold a Public Hearing at the City Council Chambers located at 311 Vernon Street, Roseville, CA .  We encourage you to submit any additional concerns not already mentioned here, or any potential individuals who might have an interest in local-business ventures to contact us here and attend the public meeting.

Information from the developer can be found here, Developers Website.

The neighborhood association neither supports or challenges the information included in this notice and is only providing this information as a public notice. 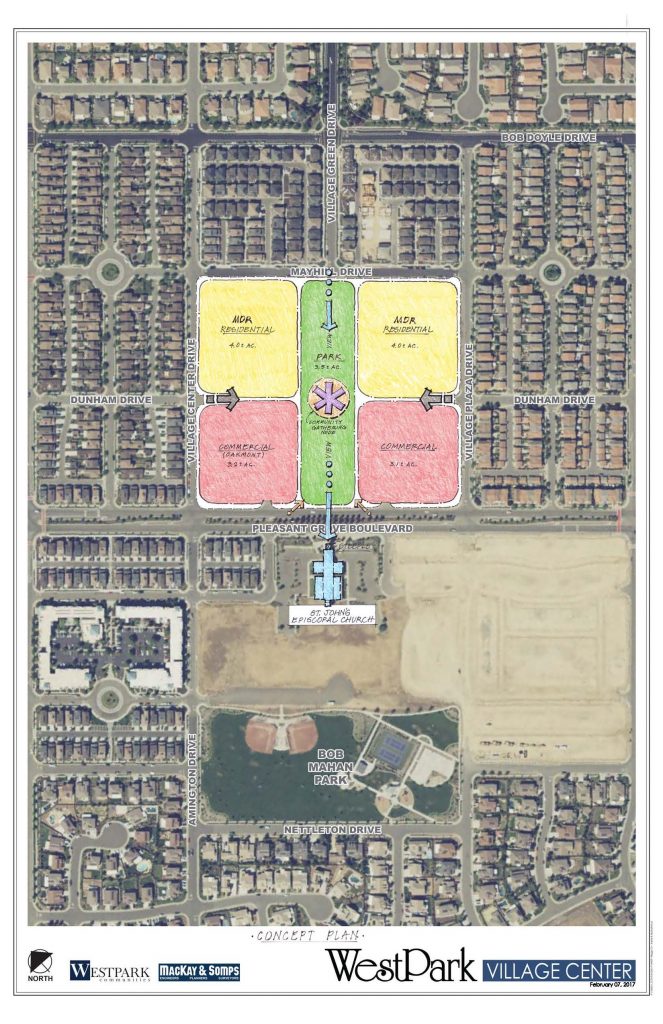